A historic win for the Bahrain Women’s team, it’s coaches and support staff as well as the Bahrain Cricket Federation who after being declared the regional winners went on to clinch ICC’s Female Cricket Initiative of the year. The win is historic because it celebrates the efforts of the team and BCF as despite […] 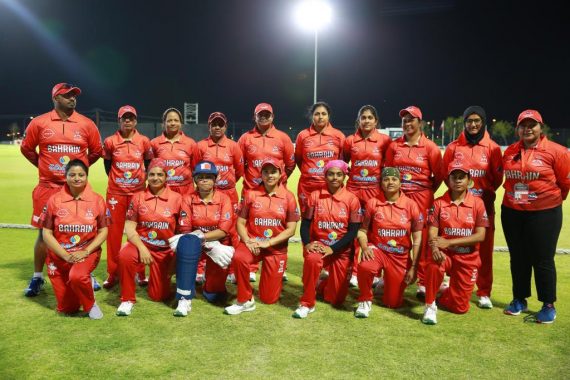 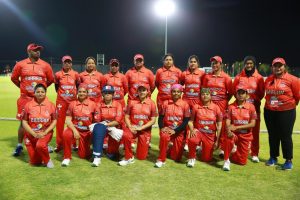 A historic win for the Bahrain Women’s team, it’s coaches and support staff as well as the Bahrain Cricket Federation who after being declared the regional winners went on to clinch ICC’s Female Cricket Initiative of the year.

The win is historic because it celebrates the efforts of the team and BCF as despite family and societal pressure, a previous lack of framework and through a restructured governing body, the Women’s league went from a boardroom idea to a winners’ podium in the space of just four months.

Campaigning across schools and academics, BCF saw a head-turning number of over 200 sign-ups, culminating in an inaugural eight-team league, held over three months.

Unperturbed by both cultural and logistical issues, like playing on sand grounds and concrete wickets, the drive “roused a nation’s women army”, and the best of the league joined up in a national team camp to compete in the 2022 GCC Women’s Gulf Cup, with job opportunities created through umpiring and coaching among other roles.

Gurumurthy Palani, Chief Development Officer of Bahrain Cricket Federation, says the league is built by a transformative level of interest shown from budding cricketers desperate to play the game they love at an elite level.

“Before the women’s league, we actually started free coaching for the girls, working women and homemakers who had some interest in cricket. That’s something we started in the early 2021s when we used to hold two sessions in a week on our premises.”

“At one point in time, we had close to 100 people coming for cricket sessions on a weekly basis.”

Gurumurthy hailed the initiative of the players, often waking up early in the morning to fit cricket into a busy routine.

“Whether participating in the league matches hosted during the weekend – many of them were working, so they would take the day off to come and play in the matches. Even the commitment in the training sessions – we used to start the fitness sessions early in the morning at 4:30-5:30am – and even the working women would come on time. Many of them would even practice at home with rope ball and spot bowling.

“That’s something I am very proud of – the discipline and the commitment that they have demonstrated.”

With a base of players turning out in domestic cricket, the BCF were able to put forward their side for the Gulf Cup.

Tharanga Gajanyake led the side in the six-team tournament in Oman, and the team won two matches, most notably a penultimate-over chase against Kuwait.

The team were hailed for their energy on the ground, and the teamwork shown, considering the side had only just been put together.

“We were not too focused on the outcome of the GCC women’s tournament. For us, we just wanted to get some cricket going, put together a team and have an opportunity to play.

“We were not expecting that sort of result (going from the inception of the women’s league to the formation of the women’s national team). I think the players played well – we had a few aged players, one of them at 46 to 47-years-old – but despite that, the energy that they showed on the field and the way they played as a team was really fabulous. They are a very motivated team.

“We were able to win a few matches and created a few world records, which was a huge motivation and turbocharged the entire women’s cricket in Bahrain.”

Deepika Rasangika made headlines when she posted the highest score in a women’s T20I, plundering 161* off just 66 balls. Rasangika combined with captain Gajanayake for the highest second-wicket partnership, with the team’s 318/1 eclipsing Uganda’s 314/2 in 2019.

Mohammed Mansoor, Chairman of the BCF feels a sense of pride in the women’s team’s achievements. “It’s unbelievable how the Bahrain women’s team has performed in their very first tournament abroad,” he said.

“This has put Bahrain firmly in the spotlight on the international stage. Firstly, it makes me proud as a cricket lover and secondly, as someone who helped to put Bahrain’s cricket on an accelerated path to grow.”

BCF President Hatim Dadabai credited Bahraini powerbrokers for seeing the potential in the group, and the many involved in the country to lift the game.

“I would like to thank his highness Sheikh Khalid bin Hamad Al Khalifa for giving us this opportunity and always supporting us,” said Dadabai. “This award is going to have a tremendous response in achieving our goals towards the advancement of woman’s cricket in Bahrain.”

“Finally, I would like to thank the Bahrain national women’s team, coach and all the sponsors and volunteers for their hard work and amazing achievement.”

Given the bulk of the progress of women’s cricket has come in the space of four to five months, Gurumurthy is eager to see how things grow further through the years, harnessing the same positive energy.

We have aspirations to play a lot of T20I cricket to start with. And we want to be in the top-25-ranked in the next 12 months. That’s what we’re looking at from a short-term perspective.

“Beyond that, we want to groom the cricket ecosystem in Bahrain. We want to introduce women’s cricket quite strongly in the schools and want more girls to start playing cricket. We want to entice more Bahraini girls to come into cricket so that we have a strong pool of talent.”

Bahrain’s women’s team will travel to Bangladesh for the 2022 Asian Cricket Council Women’s T20 Championship and will be grouped with Nepal, Hong Kong, Kuwait and Bhutan.